Police in Texas acting on a tip found 16 immigrants locked inside a tractor-trailer parked at a gas station about 20 miles (30 kilometres) from the border with Mexico, less than a month after 10 people died in the back of a hot truck in San Antonio.

Edinburg Assistant Police Chief Oscar Trevino said the immigrants may have been locked inside the 18-wheeler in Edinburg for at least eight hours before being freed by officers late on Sunday morning. He had earlier said there were 17 immigrants locked in the tractor-trailer before correcting the number on Monday to 16.

Trevino said none of the people inside the tractor-trailer required medical attention. He said they were hungry and thirsty and were given food and water at the scene.

Those found locked in the tractor-trailer included eight people from El Salvador, six from Mexico and two from Romania, said Manuel Padilla, US Customs and Border Protection’s Border Patrol sector chief for the Rio Grande Valley at Texas’ southernmost point.

A man and woman who Trevino said are Cuban nationals were in charge of the rig and have been detained. 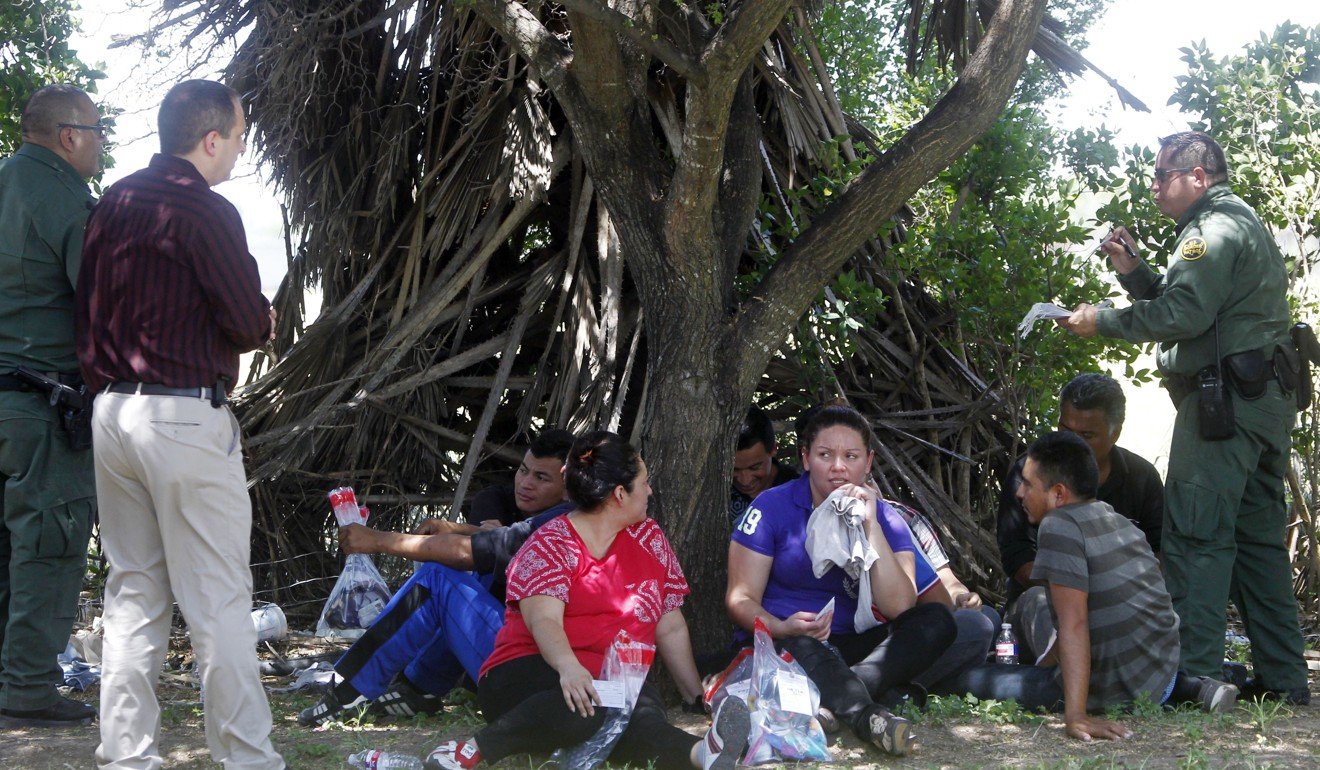 US Immigration and Customs Enforcement spokeswoman Nina Pruneda said no one has been charged yet in connection with the case but the agency is working with state and local officials and talking to witnesses.

The discovery comes three weeks after 10 people died in a sweltering rig parked at a Walmart in San Antonio. Immigration officials said survivors estimated 100 people had been packed into the back of the 18-wheeler at one point.

Officials said 39 people were inside when rescuers arrived, and the rest either escaped or hitched rides to their next destination. Nearly 20 of those rescued from the rig were hospitalised in dire condition, many suffering from extreme dehydration and heatstroke. The driver of that rig remains in federal custody, charged with illegally transporting immigrants for financial gain, resulting in death.

On Sunday, Edinburg police went to the gas station, a popular stopover for commercial truck drivers travelling through the region, after receiving an anonymous call from someone that a relative was trapped inside the tractor-trailer. Officers began knocking on the sides of trailers parked at the station and eventually received return knocks from the one holding the immigrants, police said. 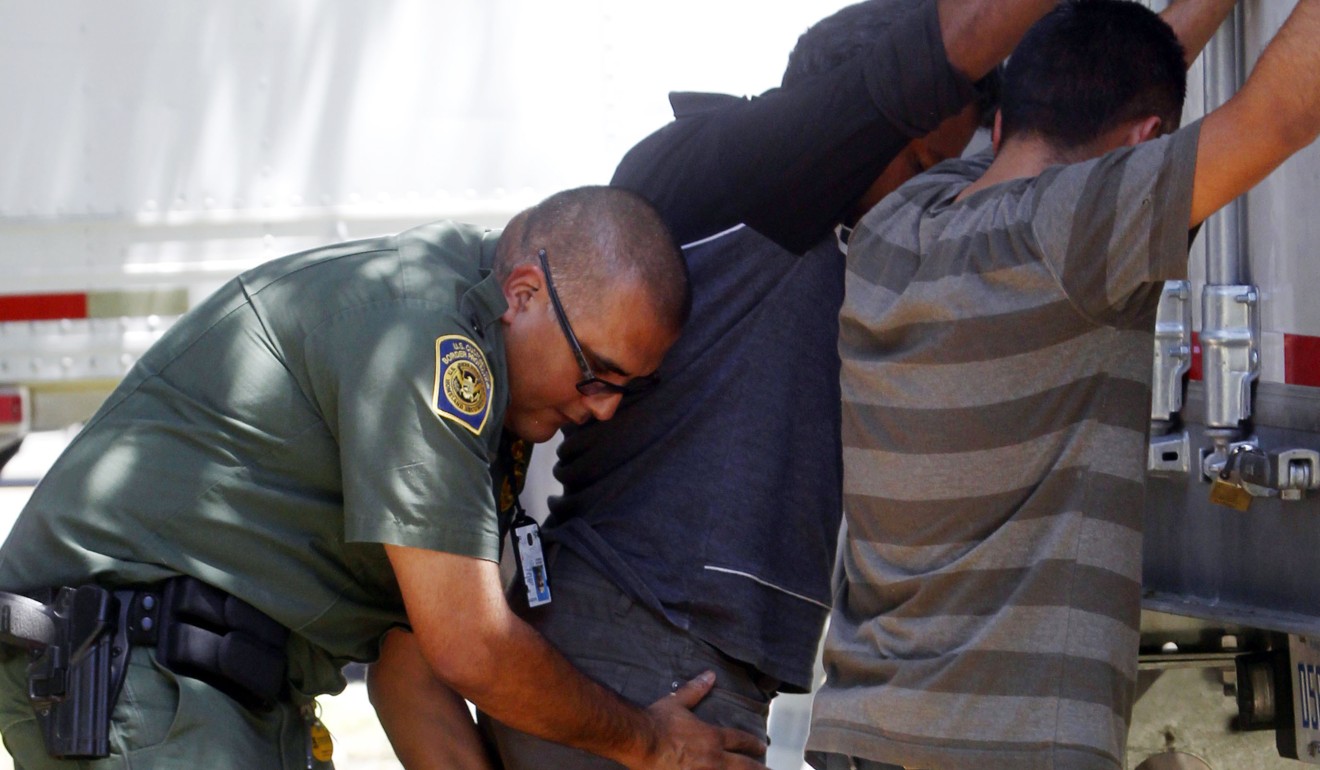 The San Antonio incident showed how smugglers regularly use big rigs in an elaborate network of foot guides, safe house operators and drivers. The immigrants discovered in San Antonio had been divided into groups and marked with colour-coded tape. Six black SUVs were waiting at one transit point to take some to their destinations.

Authorities have not said if similar arrangements had been made for the immigrants found in Edinburg, about 230 miles (370 kilometres) south of San Antonio.

Trevino said that they discovered the immigrants after one of the people locked in the tractor-trailer called a relative in Mexico. The relative then called authorities.

Padilla declined to say if Sunday’s incident was related to the San Antonio case, citing the ongoing investigation. But he said authorities had stopped more than 30 tractor-trailers since October in the Rio Grande Valley. That doesn’t include Laredo, the Texas border city where authorities say the driver of the trailer in the San Antonio case said he stopped twice on his journey. 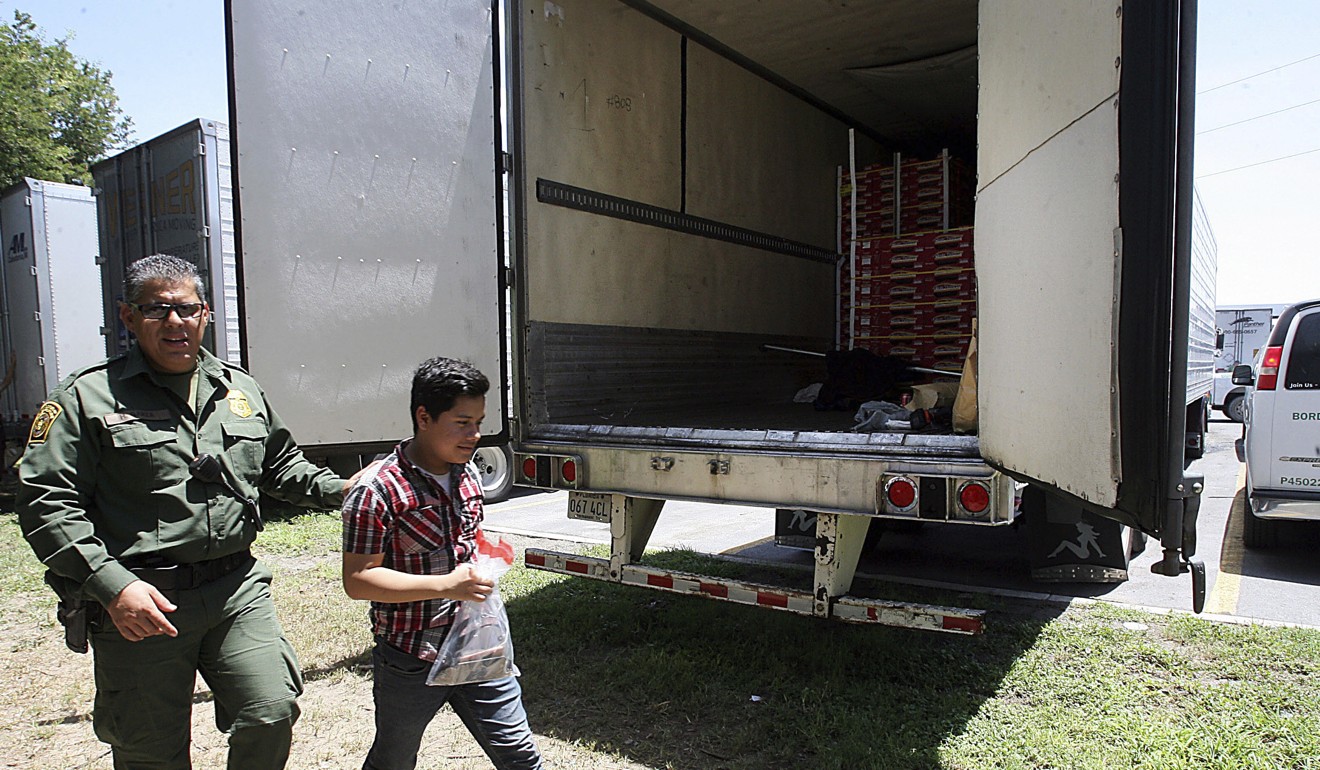 “You don’t know how many you miss,” Padilla said on Monday. “But the use of tractor-trailers to smuggle people out of this area is higher in South Texas, to include Laredo, than any other area along the border. And it goes right back to a weak border.”

Border apprehensions have risen each month since falling in April to a 17-year low.

Tractor-trailers emerged as a popular smuggling method in the early 1990s amid a surge in US border enforcement in San Diego and El Paso, Texas, which were then the busiest corridors for illegal crossings. Before that, people paid small fees to mom-and-pop operators to get them across a largely unguarded border. As crossing became exponentially more difficult after the 2001 terror strikes in the US, migrants were led through more dangerous terrain and paid thousands of dollars more.

As Trump and Abe celebrate ties and sidestep trade dispute, Beijing will be watching closely